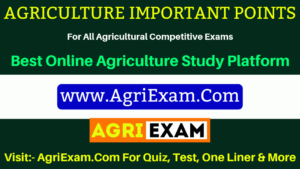 2.Six categories were adopted for this system

Note:- The smallest unit of soil classification is the soil series
Soil orders in the 7th approximation and their derivation

The subclasses are further divides in to unit based on a specific management practice.

5.On map, the capability classes are indicated in different colours

Soil structure is most usefully described in terms of:-

Types of Soil Structure:-
Based on the shape and arrangement of peds or aggregates, soil structure is classified into four principle type –plate like, prism like, block like and spheroidal structure.